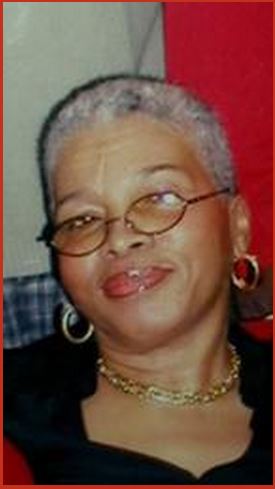 PHOTO:  Leta Webb was shot to death in April as she answered the door to her 119th Avenue home. Photo Courtesy of NYPD Crime Stoppers

Homicide detectives last week arrested a second South Ozone Park man for his role in the murder of a grandmother who was shot to death as she answered the door to her South Jamaica home, according to police and published reports.

Sahel Green, 19, who was already behind bars on an unrelated offense, was arraigned last Tuesday on an indictment charging him with intentional murder and second-degree criminal possession of a weapon for the March 31 killing of Leta Webb, 71.

Webb, a native of Belize, was shot in the face and left hand around 1:40 a.m. as she answered the door to her 119th Avenue home.

Julian Douglas, 22, also of South Ozone Park, was arrested on April 24 for his part in the Webb slay. He was remanded to city Department of Correction custody following his arraignment on murder and criminal possession of a weapon charges.

According to a New York Daily News report, Webb’s family believed that Webb was not a target, that assailants were bent on shooting whoever answered the door at that moment, and that the murder was retaliation over a prison gang beef involving Webb’s son, Arnold, 27, who is serving a 25 years to life term for manslaughter.

The beloved Webb’s brutal murder angered many community members and civic leaders. A day after the incident, the blog Cleanup Jamaica Queens characterized the southern swath of the neighborhood as “plagued by garbage strewn vacant lots & abandoned homes, crime, shootings, gangs, drug selling bodegas and horrible elected officials who do so very little in that area. It seems they have just given up on it without even trying… Until the powers to be address all issues in Jamaica, clean it up, enforce laws and get better elected officials who are not lazy or crooks, Jamaica and especially South Jamaica will continue to be a ghetto hell hole.”