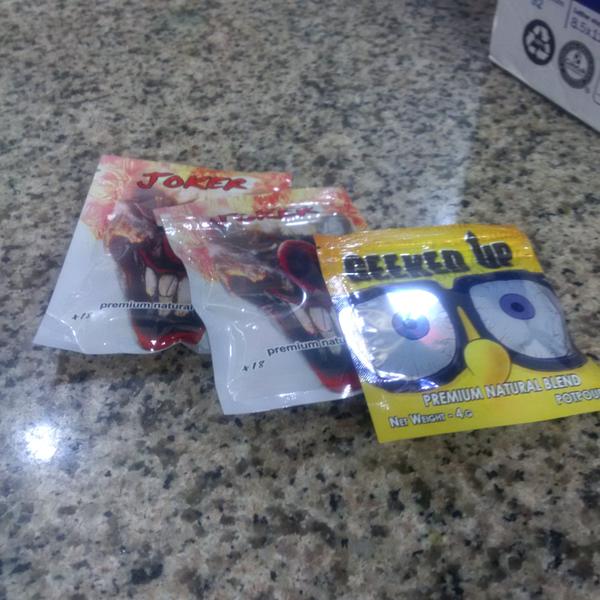 PHOTO:  Mayor de Blasio on Tuesday signed three bills into law as part of the administration and City Council’s plan to crack down on synthetic marijuana producers and dealers, and help treat users. Photo Courtesy of NYPD

Mayor Bill de Blasio on Tuesday signed into law a package of bills that increase the punishment for manufacturers and dealers of synthetic marijuana, or “K2.”

The three pieces of legislation—Intro 917-A, Intro 897, Intro 885-A—are part of a multi-agency strategy that aims to reduce the presence and use of K2 by aggressively cracking down on suppliers while offering supportive services and treatment to users in need, according to the Mayor’s Office.

Intro 917-A criminalizes the manufacture, possession with intent to sell, and sale of synthetic cannabinoids and synthetic phenethylamines. Selling K2 will be a misdemeanor punishable by up to one year in jail and up to $5,000 in fines.

And Intro 885-A allows the city to revoke, suspend, or refuse to renew a cigarette dealer license due to the sale of synthetic drugs or imitation synthetic drugs.

“We are getting K2 off our streets and out of the hands of New Yorkers, and this legislation will improve quality of life for all New Yorkers. K2 is a poison that threatens public safety and public health – and these new laws criminalize sellers and manufacturers, without punishing users who are held hostage by this toxic drug,” de Blasio said. “To date, the NYPD has indicted 10 sellers, seized $17.5 million worth of K2 products, ingredients, and paraphernalia – and we will continue this enforcement to send a clear message: making K2 or selling it to New Yorkers is a criminal activity that will not be tolerated.”

Last month, City Councilman Ruben Wills (D-Jamaica), the prime sponsor of Intro 917-A, said the bills represent “a very measured yet forceful response to the K2 crisis that is threatening to engulf our city.”

“K2 once flowed freely from store to street,” Wills added on Tuesday. “Traffickers could market their products to children by using catchy names and glossy packaging to captivate them. Manufacturers could successfully sidestep our state’s laws by constantly churning out chemical compounds that couldn’t be catalogued quickly enough, and our city’s law enforcement and civilian agencies lacked the power to effectively deter the sale of these hazardous substances. With the signing of these bills, we will begin to choke off the K2 pipeline by imposing severe penalties on the operators of known synthetic marijuana distribution centers. Our thoughtful yet forceful response to this public health crisis is carefully designed to not burden individual users, as we remain committed to working with advocates and providers to ensure those struggling with addiction and other mental health issues are treated with great care. I thank Mayor de Blasio, Speaker Melissa Mark-Viverito, and Council Members Vanessa Gibson and Daniel Garodnick for joining me in championing the legislation that will now become law.”

Next month, the city will hold a summit on synthetic weed at Brooklyn Law School that plans to address the harmful effects of its use, and best practices for treating consumers both from a public safety and public health perspective.