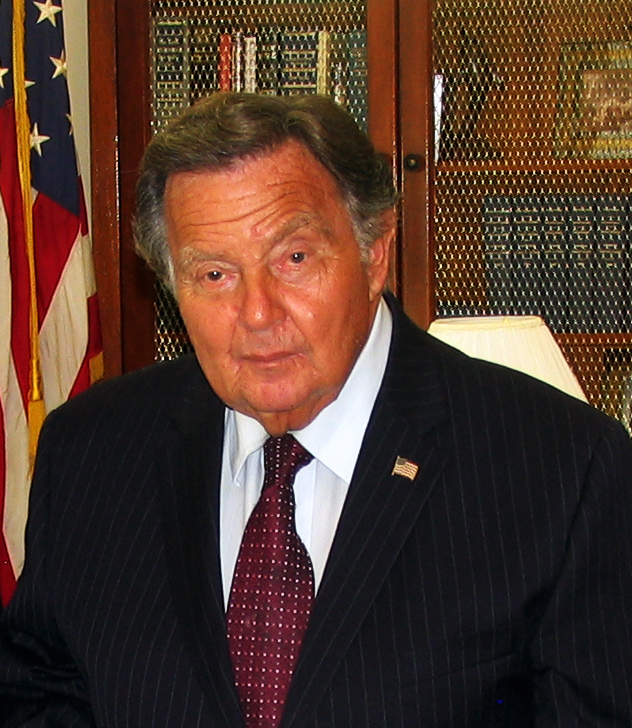 Brown, a native of Brooklyn, received his Bachelor of Arts degree from Hobart College in 1953 and graduated from NYU’s School of Law in 1956. Known as Judge Brown to most, he became a member of the judiciary in 1973, where his first day on the bench saw him actually dodging bullets when a case he was overseeing turned sour; this earned him the lasting nickname “Duck Down Brown.” In 1977, as a Criminal Court judge in Brooklyn, Brown packed a courtroom to remand “Son of Sam” killer David Berkowitz into custody. Eventually elected a Justice of the Supreme Court in Queens County and an Associate Justice of the Appellate Division, Brown was appointed by Governor Mario Cuomo as Queens DA in 1991. In 2012, the now 83-year-old judge was reported to have been diagnosed with Parkinson’s disease, but has continued to serve actively since.

In a statement released late Tuesday night, the venerable judge thanked Queens County residents for their “vote of confidence” in re-electing him.

“I look forward over the next four years to continuing to build on our successes and the law enforcement initiatives that we have employed over the past quarter century that I have made Queens County one of the safest counties not just in the City but in the State and nation as well,” said Brown.