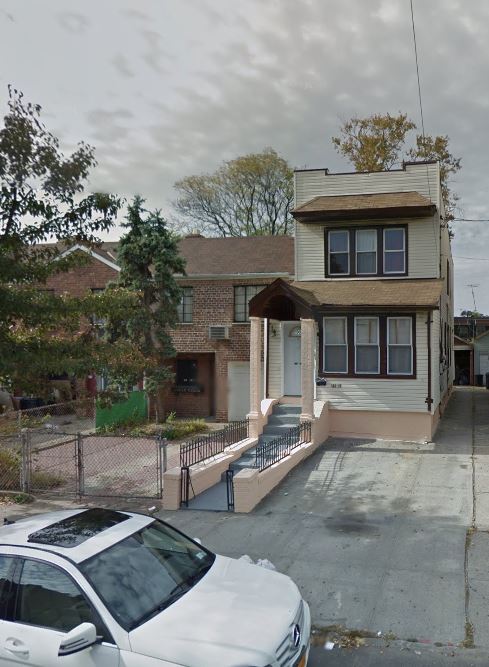 PHOTO:  A Richmond Hill woman who shot herself in the head last Thursday morning in this 115th Street home showed signs of life more than an hour after Jamaica Hospital Medical Center EMS workers declared her dead. She eventually succumbed to her wounds at the hospital last Thursday night. Photo Courtesy of Google

Two Jamaica Hospital Medical Center EMS workers are still under investigation after they declared a woman with a self-inflicted gunshot wound dead last Thursday—only to return to her Richmond Hill home more than an hour later at the behest of frantic detectives who discovered that she was still breathing.

The emergency medical technicians checked for a pulse and pronounced Diana Rodriguez dead around 9 a.m. last Thursday. Rodriguez, 32, reportedly distraught, had shot herself in the head with her boyfriend’s rifle while she was on the phone with him, according to a report in the New York Daily News. Rodriguez’s boyfriend was in Ohio at the time of the conversation and incident.

After hearing sounds emanating from the body, cops called the same EMS crew back to the 115th Street house around 10:30 a.m. They rushed Rodriguez to Jamaica Hospital, where she died several hours later.

A hospital spokesperson told The Forum that the matter was “under investigation.”

“We’re planning on calling the police and investigating this ourselves,” a relative told the News.

On Friday, sources told the News that the two Jamaica Hospital EMTs have, in effect, been suspended—they are barred from the city 911 system until the investigation is concluded.

According to the Journal of Emergency Medical Services, criteria for determination of death in the field by EMTs or paramedics in LA County—the second largest city in the U.S.—include “absence of respirations, cardiac activity and neurologic reflexes, in addition to one or more of the following conditions: decapitation; massive crush injury; penetrating or blunt injury with evisceration of the heart, lung or brain; decomposition; incineration; blunt traumatic arrests without organized ECG activity or with extrication times exceeding 15 minutes; drowning victims, when it’s reasonably assumed that submersion has been greater than one hour; rigor mortis; or post-mortem lividity.”