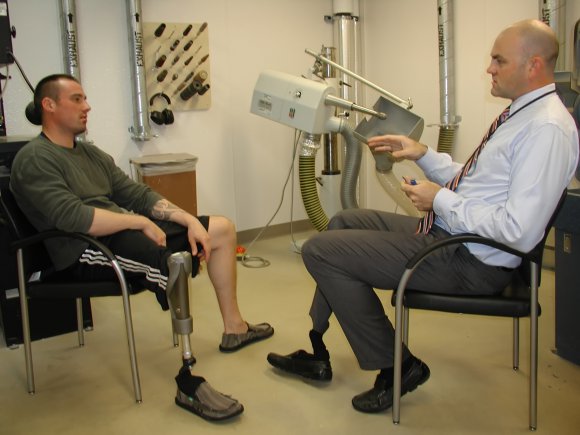 PHOTO:  State Sen. Joe Addabbo, Jr. (not pictured) last week said he is lending his support to legislation that would provide New York’s veterans with insurance coverage for artificial limbs and other prostheses they may need after being seriously injured in military service.   Photo Courtesy of U.S. Army

The ranking Democratic member of the State Senate Committee on Veterans, Homeland Security and Military Affairs, has indicated that he is lending his support to legislation that would provide New York’s veterans with insurance coverage for artificial limbs and other prostheses they may need after being seriously injured in military service.

Under the legislation, Addabbo said, medical, major medical and other comprehensive-type insurance policies would be required to provide insurance coverage for artificial limbs and other prosthetics that are deemed medically necessary for injured servicemen and women. The injury must have been sustained while the veteran was on active duty, and the coverage would also include the cost of repairing or replacing the prosthetic when it has deteriorated through normal wear and tear; when it no longer properly fits, or when changes in a veteran’s medical condition necessitate its replacement.

The bill was passed by the Senate in June.

“A significant number of military veterans who have been bravely fighting in Iraq, Iran and other dangerous theaters of war on our behalf have come home with missing arms, legs, hands, feet and other serious injuries,” said Addabbo, noting that a 2015 Congressional Research Service report identified close to 1,650 veterans who have suffered major limb amputations as of June 1. “Those who have very literally risked life and limb in an effort to protect our nation and preserve  our most deeply held principles of liberty and justice deserve our help as they attempt to recover from their injuries and reintegrate into their families and our society at large.”

The Assembly has approved the similar bill A.7545. However, Addabbo said, both the Senate and Assembly must pass the same version of the legislation in order for Gov. Cuomo to sign it into law. Addabbo added that he is confident that a compromise can be reached in 2016 to “provide this very necessary helping hand to veterans whose lives have been irrevocably changed by their service and their self-sacrifice.”