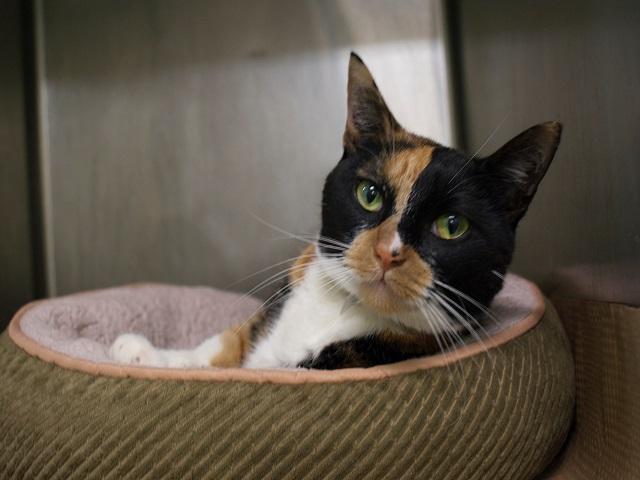 PHOTO:  Many of the animals put down each day by Animal Control exhibit no behavioral problems, are clean, healthy, and already spayed or neutered, like six-year-old Tiger Lillie, who was to be euthanized this week if not adopted by noon on Wednesday.  Photo Courtesy of nycacc.org

On the eve of Thanksgiving, visitors to the Target in the Gateway Shopping Center, rushing past the early NYPD boom lift set-up for the coming Black Friday crowds, couldn’t help but notice a plump white calico slinking casually out from and back under parked cars. What to do for the poor creature, who seemed comfortable among these giant machines, as colder weather threatened with the darkening sky?

Torn between researching and bothering animal rescuers on the holiday and potentially disturbing some sort of rhythm the cat had adopted in her hobo life, versus the opportunity to save her from the winter ahead, parking lot passersby continued into the store. And when they came back with their bags overflowing, she was gone.

The sad fact for Wayward Kitty and hundreds of other stray animals like her in the area, is that if you want to try to help and you can’t take her in yourself, there’s no one method that will ensure her a better life. The “official route,” calling 311 or an Animal Care Center of NYC (who did not return The Forum’s request for an interview), will offer fleeting shelter. But according to nycacc.org, unless “deemed medically necessary for humane reasons” to be euthanized even sooner, the animal will only be given a total of 96 hours before it is put down.

AC & C — otherwise known as animal control — is open-admissions, so even if a center is full, it is required to take newly arriving animals. The 96-hour grace period, which includes a requisite 72 hours to attempt to find the pet’s owner, is extended if animals come in with more information, for example if they have been given up and there is a known medical or behavioral history. The reprieve appears to extend to around two weeks if the animal is determined by professionals and volunteers at the facility to be suitable for adoption. During this still-brief period, cats, dogs, rabbits, and other species are listed online (and viewable in person at certain facilities) as available for adoption, and then, in a grim and final 18-hour stretch, “At Risk” for euthanasia, when they can be adopted up until about an hour before they are scheduled to die. Animals are destroyed by euthanasia in these facilities 365 days of the year. 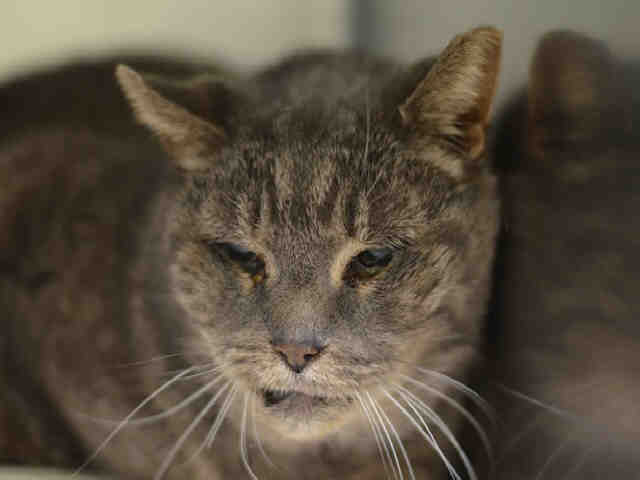 Shelby was on Tuesday/Wednesday’s At Risk list online, published daily at 6 pm by Animal Care Centers of NYC. The ten-year old neutered male would die around noon on Wednesday if not adopted. Full descriptions of all ailments, known history, and documented behaviors are available with each animal profile on the At Risk list, available at nycacc.org. Photo Courtesy of nycacc.org

There are three centers in the city which not only accept admissions but also offer adoptions: Manhattan, Staten Island, and Brooklyn. In Bronx and Queens, there are merely admissions centers, described by some animal rescuers as tiny holding facilities inappropriate for long term animal care.

Once admitted, assessments are made, photos taken, and profiles documented so that the animals might be adopted by members of the general public or by New Hope partners. Animals on the New Hope list might be older or have some treatable ailment that shelters could be better prepared to handle than private individuals. New Hope partners such as Bobbi and the Strays (profiled in last week’s Forum), according to nycacc.org, “take ownership of AC & C animals and care for them in shelters, foster homes, boarding facilities, or their own private facilities prior to placing them in permanent homes through their own adoption process.” The Mayor’s Alliance for NYC’s Animals (not a governmental organization and not affiliated with the Mayor of New York) has a Wheels of Hope program, the only free animal transportation program in the city, which brings animals from AC & Cs to over 150 New Hope partners. 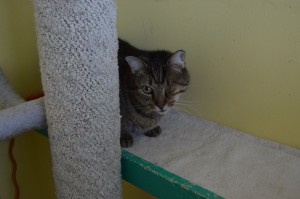 Animal shelters and rescue leagues in the New Hope partnership, like Bobbi and the Strays, often take in feral or disabled cats, rehabilitate or reacclimate them, and offer them for adoption. Forum Photo by Eugénie Bisulco

To adopt an “At Risk” animal, go to nycacc.org/Adopt and click on the “ACC’s At-Risk List” between 6:00 pm and 12:00 noon the following day. The three AC & C adoption locations are all open until 8:00 pm on weekdays; thus it is possible to “meet” (in a two-hour window) an imminently At Risk animal in person before adopting it. The adoption fee is $50, plus a $150 deposit to ensure spaying or neutering. If the animal has already been spayed or neutered, that deposit is refunded, and if the animal cannot be sterilized prior to adoption due to a medical condition, the deposit is refunded when the owner provides proof of sterilization outside of the facility.