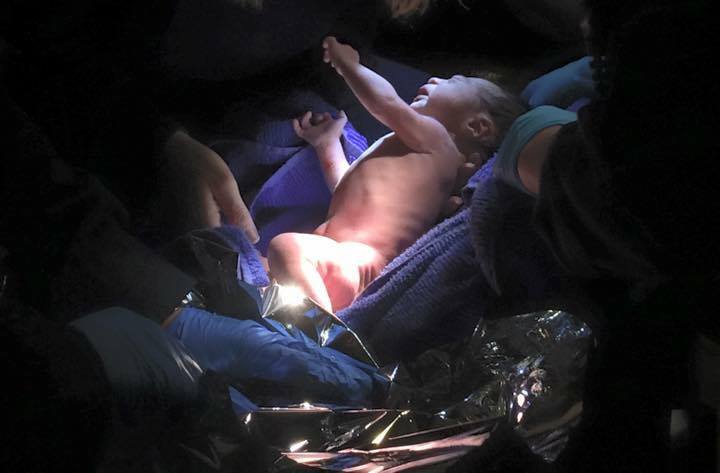 PHOTO:  A newborn boy was discovered last week wrapped in a blue towel in a nativity scene in Holy Child Jesus church in Richmond Hill. Photos Courtesy of the Rev. Christopher Heanue

It’s been a little more than a week since that unmistakable wailing woke up the echoes inside the nave of Holy Child Jesus church in Richmond Hill.

It’s been a little more than a week since that palpable sound summoned custodian Jose Moran to the Nativity scene, and then to its anchor—the manger.

It’s been a little more than a week since Moran, a father and grandfather, discovered the source of the Siren wrapped in a blue towel, a bloody newborn boy nestled in a crude crib; his umbilical cord—the lifeline that once kept him close to the one who gave him life and, minutes later, left him alone—was still attached.

“I thought it was a miracle from God,” said Moran, 61, the father-in-law of City Councilman Eric Ulrich (R-Ozone Park). “In all my years of life I never thought I would encounter a situation like this.”

Cops eventually caught up to the boy’s mother a couple of days later. Queens District Attorney Richard Brown determined that, after a full review of all the facts and circumstances, no criminal prosecution was warranted. 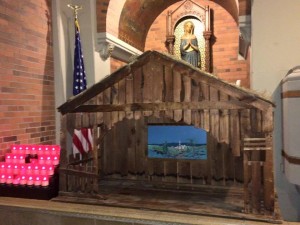 “The mother followed the spirit of New York’s ‘Safe Haven’ Law which allows a parent to leave a child thirty days or younger with an appropriate person or in a suitable location where the parent promptly notifies an appropriate person of the child’s location,” Brown said. “It appears that the mother, in this case, felt her newborn child would be found safely in the church and chose to place the baby in the manger because it was the warmest place in the church, and further she returned the following morning to make certain that the baby had been found.”

Moran said he “feels bad” for the woman.

“To have done this shows how desperate she must have been,” he added. “Only God knows what is going on in her life, her heart and she will have to ask forgiveness. As a father, I cannot imagine leaving my children, but I’m glad she had enough sense to leave the baby in a church, where the baby had a chance to survive.”

Holy Child Jesus parishioners have been submitting ideas for names to bestow upon the boy. Some of the more popular monikers that have been offered up to the church, according to published reports, are Emmanuel, Jose (in honor of Moran), and Jesus.

What would Moran call the kid?

“I would name him Angel,” said Moran, the father of two and grandfather of one who hails from the Dominican Republic and lives in Manhattan. “He is an innocent little baby. I hope he finds loving parents and a good home. And, most importantly, that he grows up with an abundance of love.”

It’s been a little more than a week… since Christmas arrived early on 86th Street.