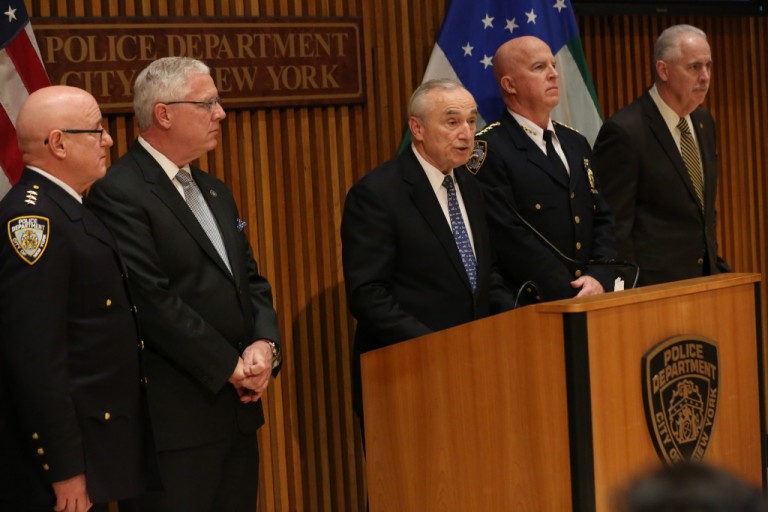 An eye-opening new report and interactive map released this week by the Police Department detail the enormous impact gangs and crews are having on city neighborhoods.

Police Commissioner Bill Bratton, in a guest column published in the New York Daily News’s “Gangs of New York” series, discussed the current state of gang activity across the five boroughs—and how his command plans to confront the challenge.

“Pockets of violence remain in New York,” Bratton said, “and local crews are often the primary reason why.”

The city’s top cop went on to note that while the Big Apple has been dealing with organized criminal crews since the 19th Century, gang violence in the modern era is not defined by drug turf wars.

“What makes today different is the proliferation of very localized crews who are shooting and killing each other,” Bratton said. “Most of these attacks are not driven by disputes over tangible issues like drug money or control of corners. Today, the frequent shooting nexus is petty disputes over insults and reputation, as well as conflicts between groups of young men who happen to live in different New York City Housing Authority developments.”

Year-to-date, nearly half of all shootings in the city have been identified as gang- and crew-related in some way, according to Bratton.

“It’s a fearsome reality: violence for its own sake,” he added. “The gun has come to define manhood for these young men, and the willingness to use it has become a rite of passage.”

In addition to the time-honored gang hustles such as drug dealing and fencing stolen property, the contemporary gangster has turned to more white-collar crimes like identity theft, noted Bratton.

So where are these loose-knit crews setting up shop? An interactive map crafted by the NYPD Juvenile Justice Division and published by the Daily News shows where they are putting down roots.

In the 102nd Precinct, the Woodhaven Mayans and G-FLY have established a presence. And it seems the Crips—specifically the PBC-111 Pay Bacc and Backstreet sets—have settled into some communities in the 106th Precinct.

And how are the police addressing the issue?

According to Bratton, by tracking social media and using other sources, the Juvenile Justice Division has identified 375 crews citywide.

“Our Gang Division is going after these crews, including the lesser-known ones, as never before,” Bratton reported.

They are bringing in some major indictments, convictions, and sentences for the worst practitioners of crew violence,” Bratton said. “As the takedowns take place, we are also reaching out to gang members with an approach called NYC Ceasefire, which combines the pledge of intensive enforcement for crews who persist in violence with a genuine offer of assistance to those who change their ways.”