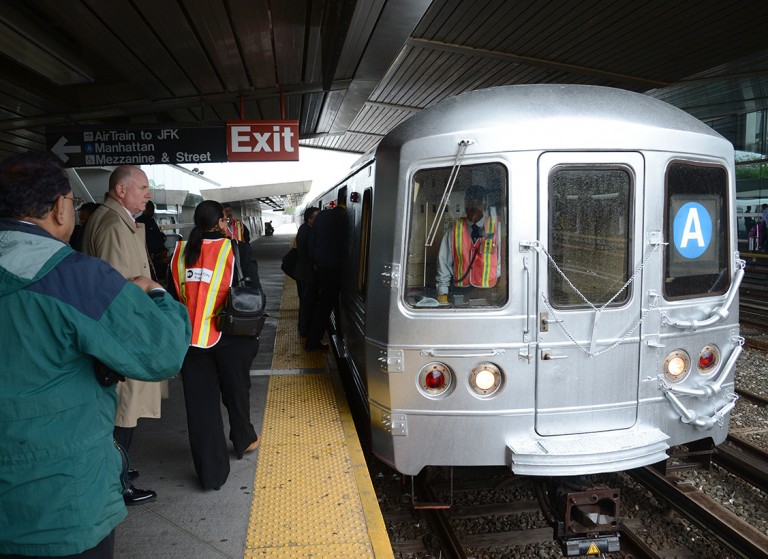 The Metropolitan Transportation Authority last week released its highly anticipated study of the A/C Line, including recommendations on how to improve the New York City Transit system’s longest subway line.

Some of the recommendations in the review to improve service reliability, regularity, and customer convenience have already been implemented, according to NYCT, and the division pledged to continue to carry out recommendations over the course of 2016.

The A stretches more than 32 miles between 207th Street in Inwood and Mott Avenue in Far Rockaway. Combined, the A and C serve 800,000 customers a day. The local C train serves stations from 168th Street in Washington Heights to Euclid Avenue in East New York, Brooklyn; while the A begins in Inwood and ends at three terminals in south Queens: Ozone Park-Lefferts Boulevard, Far Rockaway-Mott Avenue, and Rockaway Park-Beach 116th Street.

“The A/C corridor is unique in that the A splits three ways at its eastern end in Queens. It is also exceptionally long and merges several times with other lines,” said MTA Chairman and CEO Thomas Prendergast. “The combination of these traits along with increasing ridership has affected reliability. I am pleased that this line review has identified a number of opportunities to improve the customer experience on the A/C lines, with actions to improve service management and reliability, station access and conditions, and customer communications.”

In order to improve reliability on both lines in the coming weeks, NYCT has indicated that it plans to facilitate on-time terminal dispatching through new internal communications tools. Platform controllers will also be deployed to Hoyt-Schermerhorn Sts in the morning peak. By mid-2016, additional crews will be added to the A Line, when feasible, further improving reliability by increasing the amount of time at terminals crews will have to make their return trips and ensuring that crews will be available for on-time train departures. Timetables will also be adjusted to better reflect actual running times in the morning peak and on weekends to provide more even A Train spacing.

The comprehensive A/C review also noted that the opening of the South Channel Bridge south of the Broad Channel station in Jamaica Bay is a major cause of delays and significant gaps in service on the A, as well as on Rockaway Park S trains. While there are currently short periods of time during the morning and evening rush hours during which the bridge is not opened for maritime traffic, NYCT said it will work with the U.S. Coast Guard to expand these moratorium periods to cover more of the rush hours to reduce delays.

Additionally, long-term plans call for improved communications infrastructure on the A/C Lines. The review recommends prioritizing these planned communications upgrades, pending capital funding, with real-time information in upper Manhattan, new dedicated announcers in Downtown Brooklyn, and expanded information about the three A terminals in Queens with a focus on connections to John F. Kennedy International Airport.

Just 24 hours before the MTA released the A/C report, the agency announced that data show that it reached a new modern record when 6,217,621 customers entered the NYCT subway system on Thursday, Oct. 29.