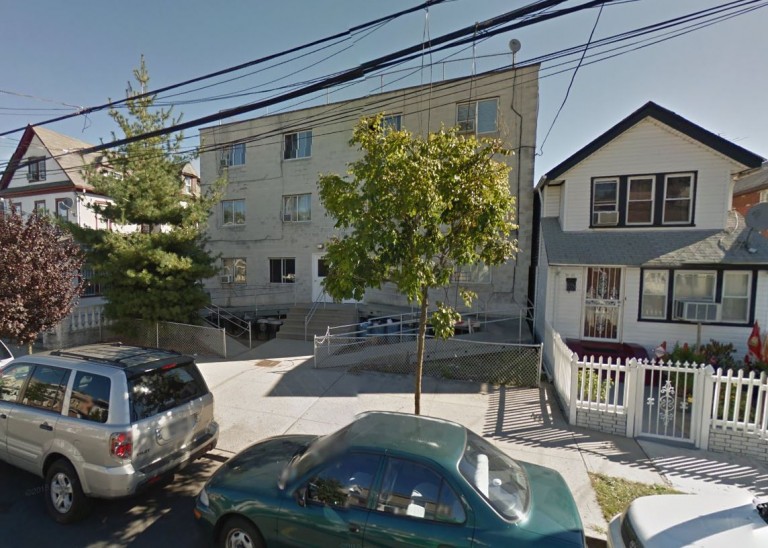 A Jamaica man has been charged with aggravated animal cruelty and other charges after allegedly being observed kicking, punching and choking his pit bull-mix puppy over the last six weeks, according to Queens District Attorney Richard Brown.

Eric Ranger, a.k.a. “E Bone,” 26, was arraigned last Thursday on a criminal complaint charging him with aggravated cruelty to animals, overdriving, torturing and injuring animals; failure to provide sustenance, and unlawful possession of marijuana.

He was released on his own recognizance and ordered to return to court on Feb. 8, according to court records.

According to the charges, a dark-skinned man with dreadlocks and known as “E-Bone” – who was later identified to be Ranger – was seen by two eyewitnesses outside his 179th Place residence on Nov. 17 walking what appeared to be a dark small pit bull-mix off-leash and punching, choking and kicking the dog. One of the eyewitnesses later that afternoon allegedly heard a dog crying and yelping inside the stairwell of Ranger’s building. When police reviewed a video made in the third-floor hallway at the time, they allegedly saw a dark-skinned man with dreadlocks punching and kicking a small black dog.

On Dec. 2, according to the charges, police knocked on Ranger’s third-floor apartment door and a black man with dreadlocks – who matched the description given by the two eyewitnesses and whom police recognized to be the man on the surveillance video – answered the door and provided state photo ID, which confirmed it was Ranger. When police asked to see the dog, they saw a puppy matching the descriptions provided by the eyewitnesses and the dog observed on the video. Ranger allegedly said that the dog was his.

In another video, police allegedly watched Ranger carrying the dog up three flights of stairs by his collar which was around the dog’s neck. In an earlier incident, a cop allegedly saw Ranger punch the dog to the ground. When questioned, Ranger allegedly said that he was trying to set the dog straight.

Police executed a court-authorized search warrant at Ranger’s residence last Wednesday and saw the dog inside an upside-down milk crate weighed down with two cases of soda. Cops also allegedly recovered three loose joints and two glassine envelopes of marijuana from the apartment.

During the arrest process, Ranger allegedly confirmed that he uses the name “E-Bone” and showed police a tattoo of the moniker “E-Bone” on his arm.

Brown said that, upon his arrest, Ranger “surrendered the animal to the ASPCA and the puppy is presently being evaluated. His rescue is the nicest Christmas gift he could have received this year.”

If convicted, Ranger faces up to four years in prison.