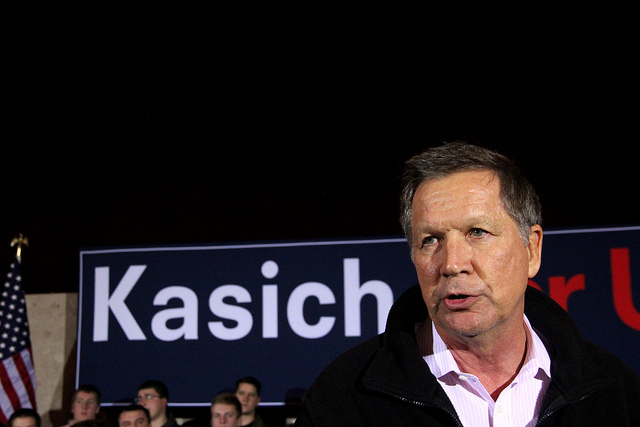 Former U.S. Representative from Boston and longtime Speaker of the House Thomas P. “Tip” O’Neill became popular for this phrase, which he liked to use in explaining the first and only campaign loss of his early political career.  Still a college student, he went for the Cambridge City Council and was defeated, only to come back and win his very next run for the Massachusetts House of Representatives.

You can’t win the big elections without winning a few small ones first.  And you usually lose a few of those before you win any at all. That’s what most veteran politicians will tell you.  Bill Clinton lost his first campaign for Congress, and then years later, he lost his second gubernatorial campaign, only to come back after his successor’s two-year term and hold the office for the next ten years. When he was elected President in 1992, his “Friends of Bill,” and Arkansas Travelers came right along with him, demonstrating once again that local political support, if built from the ground up, can bring success to the highest levels of leadership.  It’s important to get grassroots support for the purposes of garnering more votes, but also, there is no way to understand – as a Senator, Member of Congress, or President – the broader political issues facing this country and our world before comprehending the fundamental local challenges that are almost always microcosms of greater society.

We at The Forum find it amusing how quickly people seem to forget these points.  Just this week, we saw hordes of Howard Beachers crawl out of the woodwork to attend a semi-spontaneous town hall meeting at St. Helen.  They came to see Ohio Gov. John Kasich, one of three remaining Republican presidential candidates, answer questions on everything from Trump to…Trump – a theme that has dominated this campaign at both Democratic and Republican events. If those members of our community who attended were there to support their favorite candidate, or because they legitimately agree with his political platform – ok, fine.  (In fact, he does seem to us to be a reasonable and well-intentioned candidate, and we’re certainly honored he chose to come and have pizza with us.)  But if they are hitching their wagons to a star, we hate to say it, but we think that star is descending.

Some of us here didn’t see the point of the visit at all, as New York typically goes to the Democratic nominee.  For a candidacy that is likely not long for this world, it seems odd to “waste” precious funds to come here, even if the town hall was televised on MSNBC.  According to Kasich himself, he specifically hopes to take Trump’s delegates away so there is no clear-cut primary winner.  Hey, GOP: ever hear of cutting off your nose to spite your face?

What we really want to say is that, now more than ever, it seems particularly important (especially as inhabitants of a “blue” state), that if we’re going to affect meaningful change in our world, we must become more involved at the local level.  Attend PTAs and Community Boards, get to know our Assemblymembers and our superintendents, vote in those smaller elections and not just make it to the polls for the big-league elections.  We would never say that our votes don’t count – because for the campaigns that really matter, they most certainly do.

We appreciate the visit, Gov. Kasich, don’t get us wrong.  But we don’t need to wait in line for an hour to catch a glamor shot of you in order to feel like we’re making a political contribution to our community.  That time would be better spent reading up on the issues at hand – or sitting down once again with our old weathered copy of Tip O’Neill’s “Man of the House.”