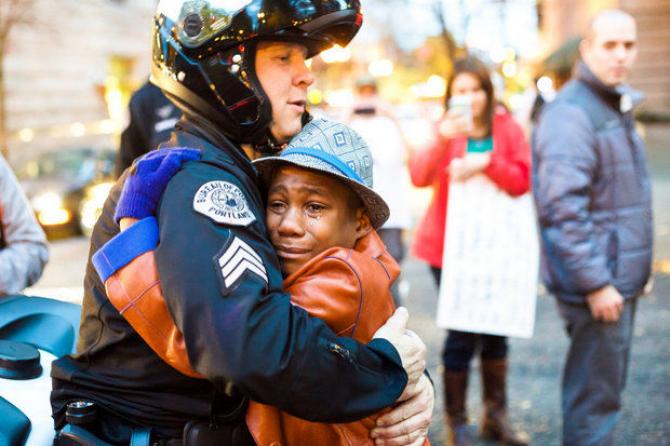 A fair and, at times such as these, expected question.

As far as appearances go – seems simple. No? Three letters capped off by a question mark. Four characters. Total.

And yet, especially at times such as these, you’d be hard pressed to find a more maddening word.

Because those four characters – three letters, unwavering; punctuation now more taunting, at times such as these, than the international symbol of curiosity – add up to zero answers.

Why does it seem as though shaky cell-phone videos were hatched exclusively just to document the final, fleeting moments of mankind as we hurtle toward oblivion?

At some sad point we went from clips of Angry Cat and dads getting their clocks cleaned by errant wiffle balls, to the Rodney King beating in surround sound – EVERY DAY.

Why does it seem like a frightening majority truly believe that there’s only one answer to violence:

For one very disturbed, highly trained individual, he had the answer. He’s always had The Answer. He had plenty of answers that came screaming out of a muzzle perched on a roof top. Those answers were punctuated by the cold, deafening silence of a Dallas morgue.

Why did we let hate dictate our lives?

Why has a constant source of pride and symbol of neighborhood nobility become the Enemy – the Blue Devil – to so many?

Police Commissioner Bill Bratton said that the Dallas massacre forced his mind back to that terrible December day when two of his officers – Detectives Rafael Ramos and Wenjian Liu – were gunned down in cold blood on a Brooklyn Street.

“So keep moving forward, as we did after the double blow two winters ago, as Dallas will after this terrible loss. Keep moving forward with the people you serve, because public safety is a shared responsibility. You are making a difference, every day, whether you’re in a steady sector, or a PDU, or narcotics. You’re making a difference in the subways and the Housing Developments and the precincts. What you’re doing matters, what you’re doing counts, and I am proud to move forward with you.

That goes for all of us.