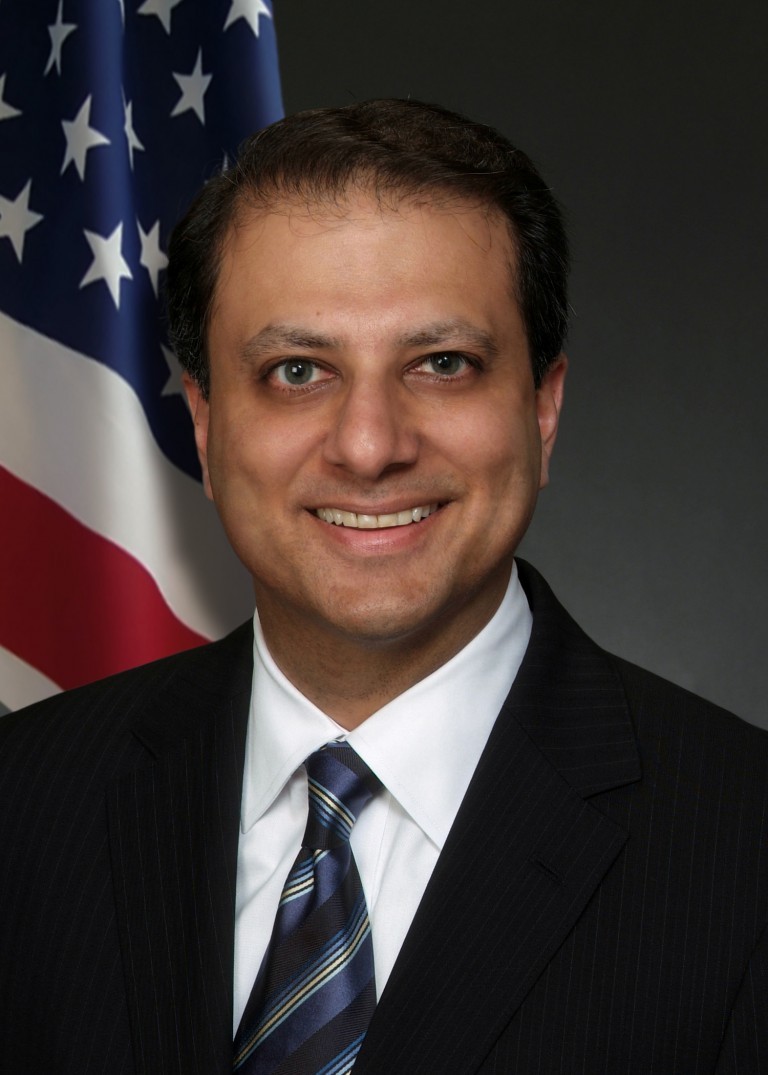 The 32-page indictment charges 46 defendants for their alleged roles in a long-running racketeering conspiracy composed of leaders, members, and associates of the Genovese, Gambino, Lucchese, Bonanno, and Philadelphia families of La Cosa Nostra, who worked together to engage in criminal activities throughout the East Coast between Springfield, Mass., and Southern Florida, Bharara said.

Thirty-nine of those charged were taken into custody last Thursday. During the arrests, law enforcement officers recovered, among other items, three handguns, a shotgun, gambling paraphernalia, and more than $30,000 in cash, the U.S. Attorney noted.

The suspects are charged with racketeering conspiracy, arson, illegal trafficking in firearms, and conspiracy to commit assault in aid of racketeering.

Bharara said that the “charges against 46 men, including powerful leaders, members and associates of five different La Cosa Nostra families, demonstrate that the mob remains a scourge on this city and around the country. From loansharking and illegal gambling, to credit-card and healthcare fraud, and even firearms trafficking, today’s mafia is fully diversified in its boundless search for illegal profits. And as alleged, threatening to assault, maim and kill people who get in the way of their criminal schemes remains the go-to play in the mob’s playbook.”

Among those taken into custody last week were Queens residents Frank Barbone, 44, and Israel Torres, 66.

According to the indictment, the suspects have been involved in gambling, extortionate collection of loans, other extortion activities, arson, conspiracies to commit assaults in aid of racketeering, trafficking in unstamped and cigarettes, gun trafficking, access device fraud, and healthcare fraud for several years.

And in order to avoid law enforcement scrutiny, members and associates conducted meetings surreptitiously, typically using coded language to make arrangements for meetings, and meeting at rest stops along highways and at restaurants, according to the indictment.

“The charges applied today to these 46 individuals deal a significant blow to La Cosa Nostra, which the NYPD is committed to putting out of business,” added Police Commissioner Bill Bratton. “As alleged, in typical mob fashion, the rackets ran from Springfield to South Florida and left no scheme behind. These mobsters seemed to use every scheme known to us, from arson, to shake-downs, violence, healthcare fraud, and even untaxed cigarettes to keep the racket going.”