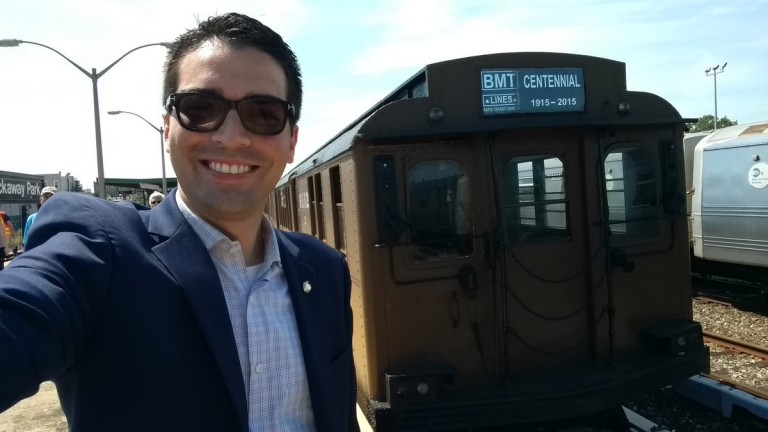 City Councilman Eric Ulrich (R-Ozone Park) snapped a subway selfie on Saturday just before boarding a classic car for a round-trip between the Beach 116th Street and Rockaway Boulevard stations.

The ride featured both BMT Standard cars and D-Type Triplex cars, according to the NYC Transit Museum. The Brooklyn-Manhattan Transit Standard cars were in service from 1916 to 1969 and boasted larger windows, brighter lighting and center doors. The 134 foot-long Triplex went into service in 1925 and were the heaviest cars ever used in the City subway system, according to NYCSubway.org.