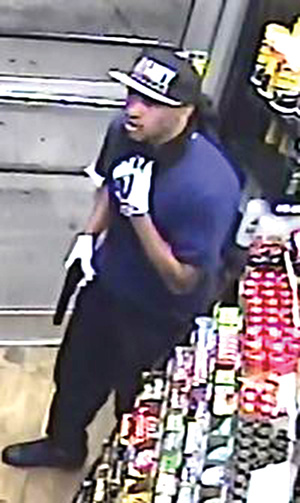 Investigators have asked for assistance from the public in identifying a particularly prolific south Queens armed robber.

Police are asking the public for help in identifying a man wanted in connection with the armed robbery of a gas station, and the attempted armed robbery of two other stations in southeastern Queens this month.

According to police reports, on Sunday, Sept., 4, at 1:30 a.m., the man entered a BP station on Springfield Boulevard in St. Albans, displayed a silver handgun and demanded the employee fork over cash. She complied, and the suspect fled the location with approximately $4,000 in an unknown direction.

On Friday, Sept. 9, around 5 a.m., the same man entered the BP station on Merrick Boulevard in Jamaica, pulled out a firearm and demanded money. The employee did not comply, and the suspect fled the location in an unknown direction.

According to investigators, on Friday, Sept. 16, around 4:30 a.m., the suspect walked into the 76 Gas Station on Merrick Boulevard in Jamaica, showed the firearm and demanded cash. The employee did not comply and the individual fled the location in an unknown direction, cops said.

The suspect is described as a man, approximately 6-feet tall, who was last seen wearing black jeans, sneakers, gloves and a ski mask.