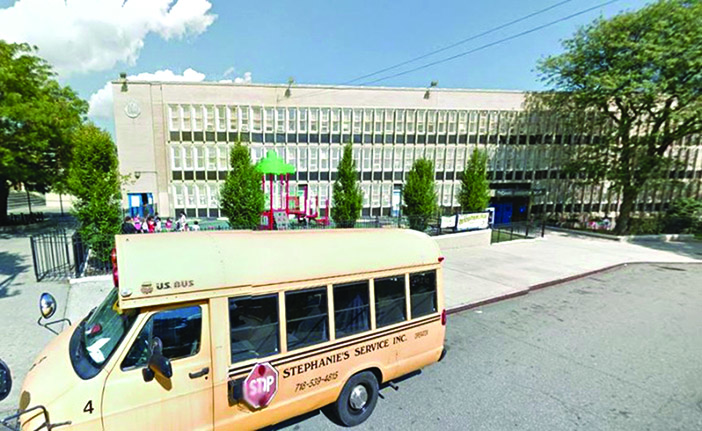 Kyung Song pleaded guilty in July to vehicular manslaughter for a December 2015 crash in which he slammed into the back of a parked yellow school bus in Flushing and killed his female passenger.

A 30-year-old Island Park Long Island man has been sentenced to 3 1/3 to 10 years in prison after pleading guilty to vehicular manslaughter for a December 2015 crash in which he slammed into the back of a parked yellow school bus in the East Flushing section of Queens and killed his female passenger.

Kyung R. Song, 30, pleaded guilty in July to first-degree vehicular manslaughter, and has been sentenced to 3 1/3 to 10 years in prison. In his allocution before the court Song admitted that he was driving in violation of section 1192 of the New York State Vehicle and Traffic Law (operating a vehicle while under the influence of alcohol), and upon his release from prison, he will be required to install an ignition interlock device for a period of two years on any vehicle he operates.

According to the criminal charges, Song was driving a black 2014 Porsche during the pre-dawn hours on December 18, 2015, when he crashed into the back of a yellow school bus that was parked on Sanford Avenue. When police arrived at the scene, they observed that the Porsche had severe front-end damage. The defendant, in the driver’s seat, was unconscious and and 24-year-old Nara An was in the front passenger seat. The young woman did not appear to be breathing or moving.

When Song and his passenger were being transported into ambulances at the scene, police observed that Song had both bloodshot and watery eyes and a strong odor of alcohol on his breath. An had sustained massive head injuries, from which she died shortly thereafter.

At the hospital, Song told police that he was driving 33 miles per hour when he came around a curve in the road and his tire slipped, causing him to hit the back of the school bus. He said that his passenger told him to slow down. Song explained they had been coming from a bar, and that he drank six beers and had three shots of liquor.

The crash took place on a residential street in front of P.S. 22 (Thomas Jefferson Elementary School) where the unposted speed limit is 25 miles per hour. A portable breath test administered to Song showed a blood alcohol content of .176, which is above the legal limit of .08 in New York State. Song was asked if he would submit to a blood test at the hospital which he refused.

A court order was issued following Song’s refusal to cooperate and a telephonic VTL 1194 blood order was then issued authorizing the taking of Song’s blood to be tested for the presence of alcohol and/or drugs. The results of that blood order showed Song had a blood alcohol level of .130.

“This was an absolutely senseless tragedy,” said District Attorney Brown. “A young woman was killed and her family is forever impacted because the defendant chose to drive fast and furiously. This case is yet another example of how deadly motor vehicles can be and the consequences of climbing behind the wheel of an automobile while intoxicated. The defendant – who must live with the fact that he killed his friend – is going to be locked up for a significant period of time.”