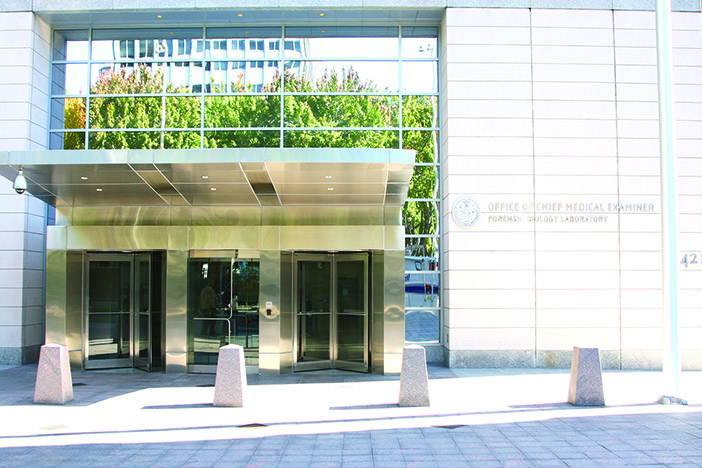 The DOJ funding is for the Office of the Chief Medical Examiner’s Department of Forensic Biology in an effort to reduce the backlog and turnaround time of DNA testing.

A citywide backlog in the processing of DNA evidence has spurred action by the Department of Justice (DoJ) in the form of a grant totaling $1 million. The funds will be directly allocated to the New York City Office of the Chief Medical Examiner’s Department of Forensic Biology and will specifically be used to help reduce the overall turnaround time for the handling, screening, and analysis of forensic DNA samples and additionally to help facilitate a reduction in the timelines for the turnaround of DNA evidence.

The New York City Office of Chief Medical Examiner serves as the public forensic laboratory for New York City and provides serology and DNA testing on thousands of cases each year. In 2015, 39,099 DNA samples were extracted, analyzed and reviewed. As a result, the Department uploaded 7,201 profiles and there were 1,057 cold hits to offender matches, 423 case-to-case matches and 497 conviction matches.

This money will help the NYCME increase current capacity and reduce the turnaround time by half while bringing case backlog to 40 and 350 respectively. The lab has a current average yearly turnaround time of 80 and a backlog of 722.