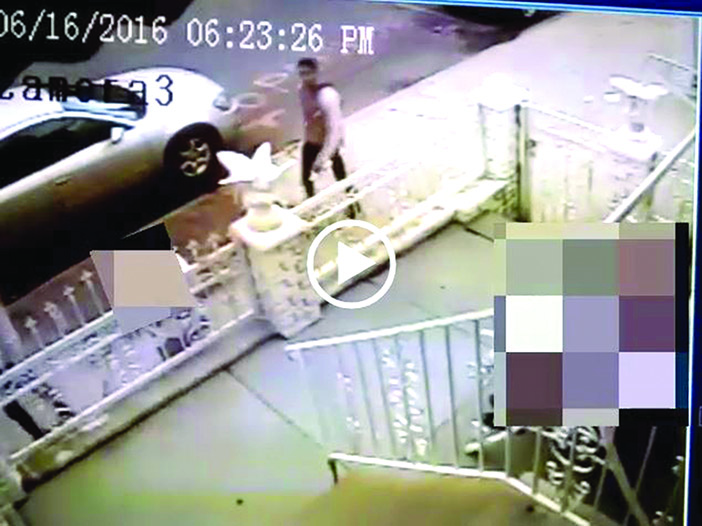 The grainy security footage depicts one of the suspected South Ozone Park attackers.

Police recently reached out to the public for assistance in identifying one of three suspects wanted in connection with a violent August mugging that left a 61-year-old woman cut, shaken, and bruised on a South Ozone Park sidewalk.

On Friday, Aug. 5, around 2:25 p.m., three unknown black men approached the victim from behind and attempted to snatch her purse – but she refused, according to investigators.

The suspects then threw her to the ground on 111th Avenue near 123rd Street, punched her in the face, grabbed her bag, and fled in a sliver Chrysler Sebring in an unknown direction. The victim sustained minor bruising and lacerations to the face. She was treated at the scene by EMS, cops said.

The suspects were described as black men, 5-foot-6 to 6-feet tall.