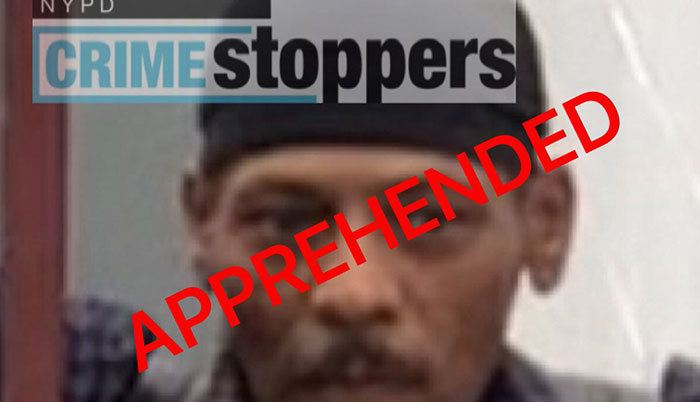 Cops on Tuesday caught up to the homeless man who allegedly beat a woman unconscious before snatching her purse—all in front of her toddler son on a Woodhaven street.
According to the NYPD, Derrick Chirse, 57, was arrested Tuesday afternoon at an East Flatbush, Brooklyn shelter. Police said the victim, 35, and her 4-year-old boy were walking on 84th Street near Atlantic Avenue on Monday around 2 p.m. when Chirse allegedly approached her and demanded the purse. Before she could react, Chirse allegedly punched the woman four times in the face and head until she passed out. He then bolted, purse in hand, up 84th Street while several good Samaritans gave chase.
The victim and her son were taken to Jamaica Hospital Medical Center. The boy was not physically harmed, cops said.