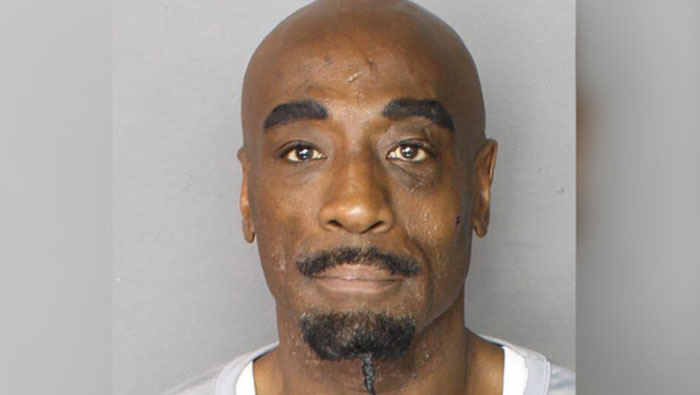 By Forum Staff
A Brooklyn man has been sentenced to up to life in prison for the strangulation death of his estranged girlfriend, who had an active order of protection against him, Chief Assistant District Attorney John Ryan, on behalf of Queens DA Richard Brown, announced on Tuesday.
Jerome Rivers, 54, was convicted last month of second-degree murder and criminal contempt. He was sentenced to an indeterminate term of 25 years to life in prison.
According to trial testimony, Gia Pender, 50, had a turbulent relationship with Rivers, including multiple allegations of domestic abuse. On July 29, 2017, Pender had Rivers arrested in Brooklyn, on allegations of attempting to rape her, punching her, choking her and threatening to kill her. For that case, she was granted an order of protection that specified that Rivers was to stay away from her and from her residence.
According to trial testimony, on Sept. 28, 2017, Rivers was released from Rikers Island with the order of protection still in effect. Immediately after departing Rikers Island, Rivers contacted the victim and indicated that he had no place to go and asked to come to her residence in Ozone Park, to stay the night. Before Rivers’ arrival, Pender told a neighbor “Jerome is coming over” and she handed the neighbor her wallet containing credit cards, PIN numbers and her identification. She told the neighbor, “If anything happens to me, give this to my mother.”
According to trial records, the following morning, on Sept. 29, 2017, at approximately 6 a.m., Rivers called 911 and stated that he awoke to the sound of a “thump” and that he found the victim on the kitchen floor. First responders and police arrived at the Centerville Street apartment and made every effort to save Pender’s life, but she was declared dead at the scene. Rivers told police that he woke up to a “thump” and found her on the floor. He claimed alternatively that “she choked on her own saliva” or that she “choked on food.”
According to trial records, an autopsy performed on the victim determined the cause of death was by manual strangulation. The victim had contusions and abrasions to her neck and chin and extensive hemorrhaging in the internal neck muscles, the rear of her tongue and her esophagus. The medical examiner testified that the injuries were consistent with manual strangulation, and not consistent with a fall, a medical issue or accidentally choking on saliva or food.
“Unfortunately, after being locked away for assaulting this victim and being barred from contacting her, the defendant was still not deterred. He committed the absolute worst outcome of domestic violence. He brutally killed his estranged girlfriend,” Ryan said. “For this horrific crime, the defendant will remain locked behind bars for the rest of his days.”
Prior to this arrest, Rivers had 66 misdemeanor convictions and was previously adjudicated a level 3 registered sex offender, the highest level. This was his fourth felony conviction.