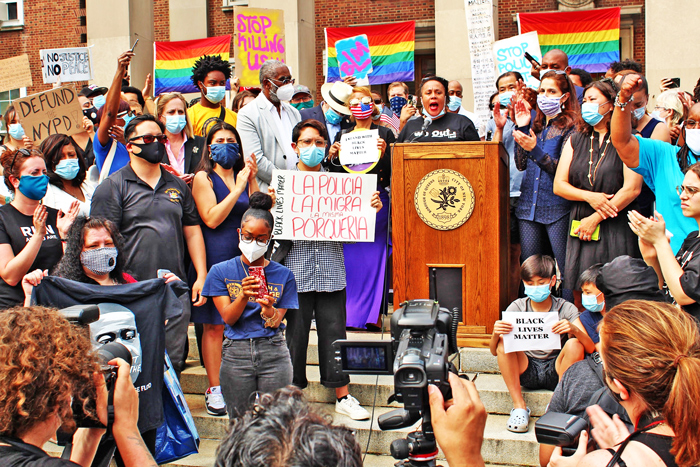 Dozens of Queens elected officials and their constituents convened on the steps of Borough Hall Thursday to demand the repeal of a contentious State law.

The rally, which was organized by the New York State Black, Latino, Hispanic and Asian Legislative Caucus, and featured Queens District Attorney Melinda Katz, State Sen. John Liu (D-Bayside), and U.S. Rep. Grace Meng (D-Flushing), among many other pols, sought to bring attention to the so-called 50-a law, which precludes residents from accessing the disciplinary records of police officers.

“As DA, I am committed to the many reforms we have already initiated to increase transparency, address racism head-on, and build stronger police-community relations,” Katz said.“I will continue to use my office to reform our criminal justice system and ensure the safety of all Queens residents.”