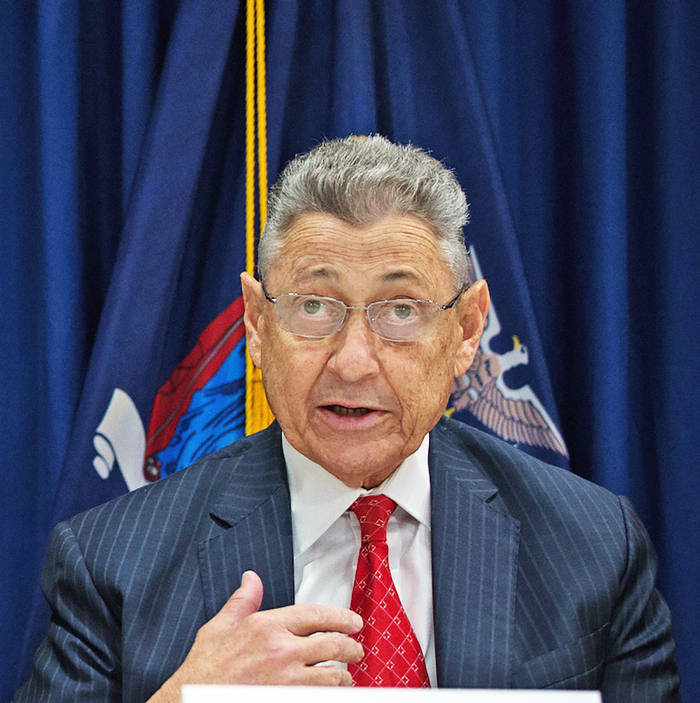 Disgraced former Assembly Speaker Sheldon Silver recently was sentenced—again—to six and a half years in prison and a $1 million fine.

Silver was convicted—again—of seven counts of fraud and extortion in May 2018 in a Manhattan federal court. The former Albany power broker was originally found guilty in November 2015 and sentenced to 12 years in prison (and ordered to pay a $1.75 million fine and forfeit $5.3 million) the following May. However, in July 2017, an appeals court overturned the conviction due to improper jury instructions.

According to federal prosecutors, Silver, 76, was convicted of using his substantial power—including his influence over the real estate industry and his control over certain healthcare funding—to unlawfully enrich himself by soliciting and obtaining client referrals worth millions of dollars from people and entities in exchange for official acts, and attempting to disguise the money as legitimate outside income earned from his work as a private lawyer.

“Twice convicted by unanimous juries for abusing his powerful state office to enrich himself, Sheldon Silver will now finally report to prison to begin serving a sentence that can begin to repair the harm his conduct caused to the people of this district and to their trust in local government,” said Acting Manhattan U.S. Attorney Audrey Strauss.“I commend the career prosecutors and agents who have seen this case through two trials and two appeals, ensuring that Silver’s crimes did not go unpunished.”