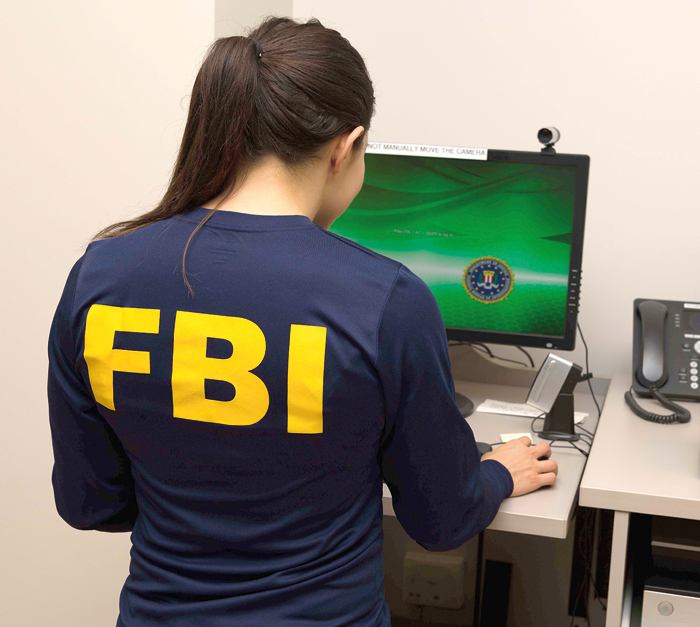 FBI investigations indicate child abductors can use social media, social networks, and dating applications to identify, initiate contact, and gain access to children prior to their abduction.

Child abductors may be posing as minors on popular social media or social networks to lure victims in lieu of immediate, in-person ruse with the intent to abduct, Federal Bureau of Investigation officials warned Thursday.

According to the feds, due to COVID-19 related school closures, minors likely will be at greater risk for encountering offenders online as they seek to occupy their free time with increased social media use.

FBI investigations indicate child abductors can use social media, social networks, and dating applications to identify, initiate contact, and gain access to children prior to their abduction. Potential child abductors use these tools as lower-risk methods of gaining access to and luring child victims, compared to other methods such as an in-person ruse. In some cases, child victims are groomed online, enticing the victim to meeting with an abductor in person, which can then lead to them being taken against their will, officials noted.

Due to the availability of the Internet to all age groups, potential abductors can mislead children by pretending to be someone in their age group and creating a relationship of false trust. While the stated minimum age for most social media and social networking websites and applications is 13, younger children can, and often do, find alternate ways to gain access.

Prior to the COVID-19 pandemic, children had access to playgrounds, bus stops, malls, and public spaces more frequently. And while the risk of abduction existed, a criminal abducting a minor in person in a public place was at greater risk of exposure due to potential witnesses. The risk of immediate detection is much lower online. Although the number of abductions in which offenders used social media and social networks as the initial contact accounts for a small percentage of FBI child abduction investigations, as children spend more time on a computer or mobile devices with access to social media or networks, the FBI expects the percentage of offenders using social media or networks as the initial contact method to increase. Open-source research indicates 22 percent of teenagers log on to their preferred social media website more than 10 times per day and 50 percent of children log on more than once a day. Due to their limited capacity for self-regulation and their heightened susceptibility to peer pressure, children are at greater risk of falling prey to potential child abductors as they navigate social media.

With current restrictions due to the COVID-19 pandemic, schools in many areas of the country are likely to remain closed, resulting in children being left at home and potentially unsupervised due to reduced daycare options and parents having to return to work. As a result, they are likely to spend more time on the Internet, further increasing their vulnerability, FBI officials said.

Federal agents have identified instances where social media or social networks were used to facilitate child abductions, such as in the following examples:

In June 2020, a 13-year-old girl was reported missing by her father, who stated she met someone on social media the week prior. The teen used social media to communicate with a 21-year-old man who traveled from Louisiana to Texas to pick her up. Customs and Border Protection intercepted the abductor’s vehicle, recovered the victim, and arrested and charged the man with aggravated kidnapping and sexual assault.