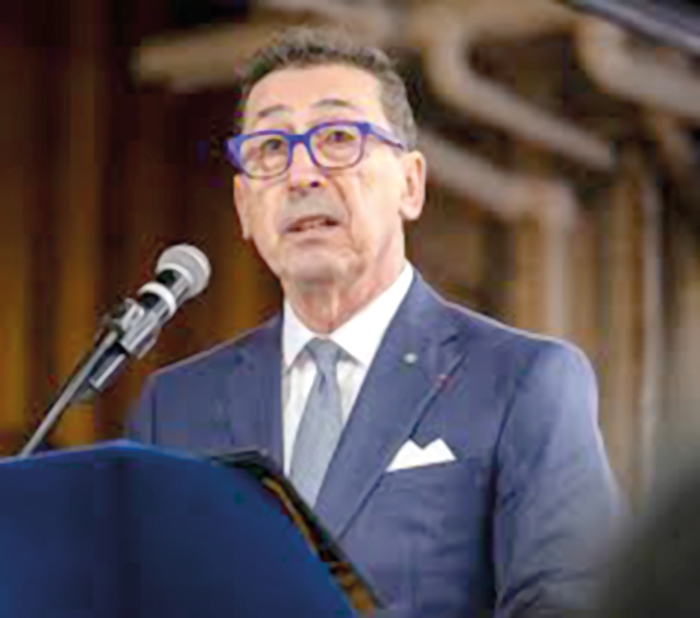 A 30-year-old Queens man, Egor Spiridonov has been charged with arson, criminal mischief and other crimes for allegedly setting a fire to his own tractor truck in a tow company’s lot after the vehicle had been impounded.

The defendant’s vehicle and multiple other automobiles, were destroyed in a blaze in July 2020, as well as a building on the lot.

“The defendant allegedly set a fire that not only destroyed his property but others’ belongings as well and then he tried to profit from his own alleged criminal actions,” said DA Katz. “An FDNY investigation foiled the defendant’s plans. I want to thank Commissioner Nigro’s team for their hard work. We will be prosecuting the defendant to the fullest extent of the law.”

FDNY Commissioner Daniel A. Nigro termed the fire as “a senseless act that escalated to a second alarm, damaging property and endangering the lives of more than 100 Firefighters who responded to bring it under control.”

Spiridonov, who resides on Shore Front Street in Broad Channel, was arraigned this week before Queens Criminal Court Judge Scott Dunn on a complaint charging him with criminal mischief in the second degree, arson in the third degree, insurance fraud in the third degree, falsifying business records in the first degree, trespass and reckless endangerment in the second degree. Judge Dunn ordered the defendant to return to Court on February 10, 2021.

Spiridonov allegedly targeted B&M Towing, according to the DA’s office, after a worker towed the Volvo tractor truck that the defendant owns with his girlfriend. The vehicle was impounded for alleged having several overdue parking violations. An  investigation ensued, revealing Spiridonov’s girlfriend – who also jointly co-owns a business with the defendant – made multiple calls to retrieve the vehicle from the tow lot, without success.

On July 20, 2020, between 5 and 5:30 a.m. video surveillance allegedly shows the defendant enter B&M Towing’s lot on Almeda Avenue in Arverne and set fire to the 2008 Volvo Tractor and a flatbed tow truck, according to the complaint. The fire quickly spread to a building and other vehicles on the lot.

According to the surveillance video, Spiridonov and another unidentified individual allegedly entered the tow yard from atop a shipping container in the rear of the property. The defendant pulled two bottles from inside his clothing, approached a tow truck and doused it with liquid, believed to have been an accelerant. The defendant then allegedly poured liquid onto the flatbed tow truck. Moments later, using a lighter, he reached through the window of the flatbed tow truck and started a fire. In an instant, there was a vapor explosion that blew flames directly into his face. Spiridonov reeled back and clutched his face. Undeterred, the defendant allegedly continued on to his vehicle and set it on fire as well.

Continuing, the District Attorney said, several days later on July 24, 2020, the defendant and his girlfriend contacted the insurance company and allegedly reported their tractor, valued at approximately $30,000, was completely destroyed. The defendant reportedly told an insurance agent he had been on a fishing trip when the truck was damaged. Investigators reported that when Spiridonov was interviewed, he had injuries to his face that were not present before the alleged arson incident, including visible signs of burn injuries and trauma to his left eye and face.

If convicted, Spirindonov faces up to 15 years in prison.