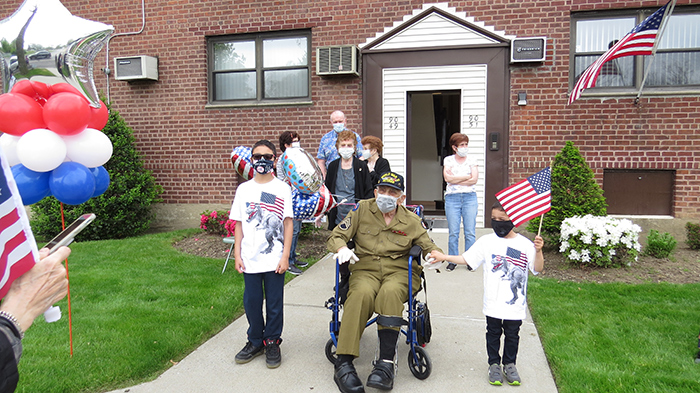 He’s been a fixture at community events—and The Forum—for decades.

But it is with heavy hearts that we report that we will no longer have the honor of chronicling the life and times of Ermondo “Butch” Puccio, who died last week. The Howard Beach resident and U.S. Army veteran was 99.

Puccio was born on April 15, 1921, in Queens, and at the age of 21 he enlisted as a private in the United States Army and completed his basic training at Camp Davis in North Carolina. Before being deployed to California in 1943, Puccio married his wife Jennie, and on Aug. 28, 2020, they celebrated their 77th wedding anniversary. 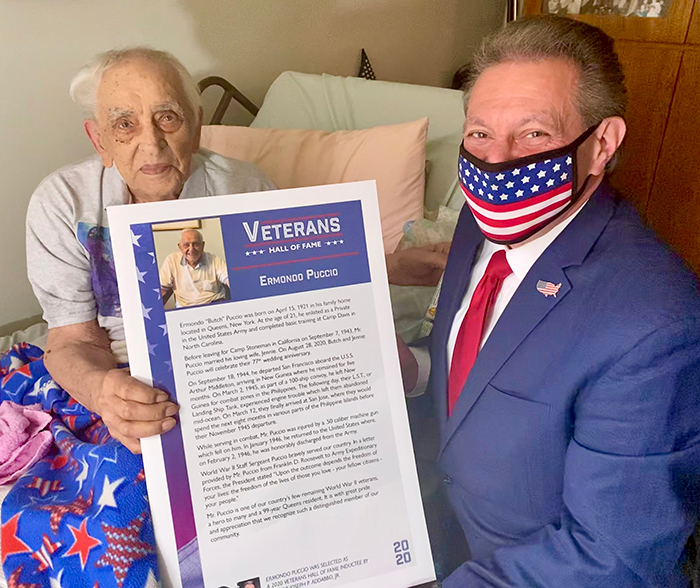 During his years in service, Puccio spent time in New Guinea and the Philippine Islands. While in combat, a .50 caliber machine gun fell on Puccio, injuring him. In January 1946, Puccio returned to the United States, and on Feb. 2, 1946, he was honorably discharged from the Army, reaching the rank of Staff Sergeant.

Butch and Jennie desperately wanted to start a family, but doctors told them it would not happen. As a result of

Butch’s war injuries and all the illnesses, they said he would be unable to father children. But miraculously, on April 12, 1949, their son Dominic came along. 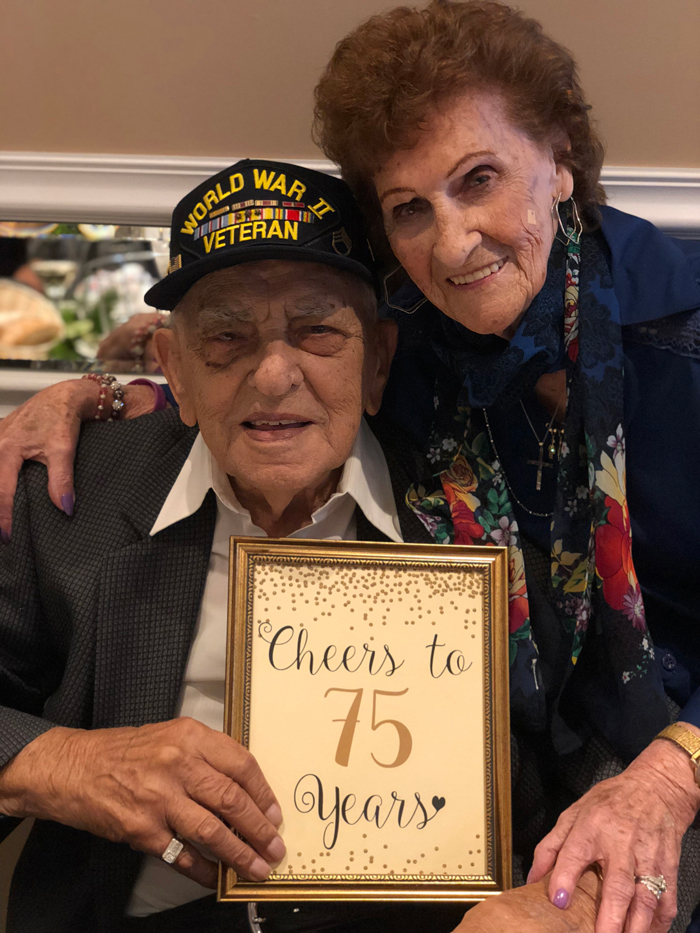 “We wanted more,” Jennie said, “but we wound up with the best son anyone could ever hope for.”

“Our veterans give up so much, including time at home with their families, while some make the ultimate sacrifice and lay down their lives for our country,” Addabbo concluded. “It is a great feeling to be able to give back to our veterans, and this induction into the NYS Veterans Hall of Fame for Butch is one small way that I can help honor a great soldier, especially on Veterans Day.”