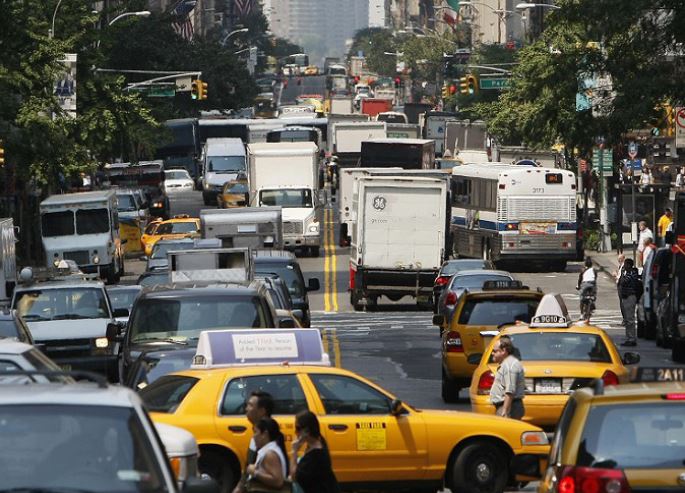 The 19-member group has thrown its support behind the Move NY Fair Plan, which was developed by former city Traffic Commissioner “Gridlock” Sam Schwartz and MNY staff.

“As now envisioned, the Move NY Fair Plan will generate the revenues needed to make major investments in maintaining and modernizing our mass transit system and road network, bring toll equity to the region’s commuters and businesses, and reduce the grinding traffic jams that plague the metro region, its people, and the economy that sustains us,” Move NY said.

According MNY, the Fair Plan proposes to set tolls according to a formula: higher tolls where transit options are most available, and lower tolls where transit is either not available or a less viable option. This, according to MNY, results in pricing all vehicle trips entering or exiting Manhattan south of 60th Street, but lowers the price of most crossings with non-Central Business District origins or destinations.

Key Fair Plan points: new tolls on the four East River bridges and the 60th Street cordon, which will be collected electronically, “at speed” with E-ZPass; vehicles without E-ZPass will be billed via optical license-plate cameras and/or cell phone apps; no tolls will be imposed on the Harlem River bridges; ratios between CBD tolls and other Metropolitan Transportation Authority bridges discounted under the Move NY Fair Plan “will remain constant.”

And since one of the primary purposes of the Fair Plan is to construct a tolling system that reflects demand, “it is strongly recommended that the toll rates proposed here eventually be adapted to a ‘time of day’ or ‘peak/off-peak’ schedule, with higher rates during weekday rush hours and lower rates in the evenings and on weekends,” according to MNY.

In terms of impact and benefits, MNY said that the Fair Plan “will raise $1.5 billion in net revenue annually, even after covering the costs of lost toll revenues on existing tolled crossings and installing and administering the new tolling system. A quarter of these funds will be used to improve our roads and bridges with the remaining three-quarters dedicated to transit.”

While the MNY initiative is gaining traction, many Queens elected officials are not on board.

“I appreciate the concern of my colleagues to generate revenue for the MTA, but congestion pricing is ultimately a misguided proposal,” said City Councilman I. Daneek Miller (D-St. Albans), a member of the Progressive Caucus. “It is a regressive tax and an undue burden on low and middle-income working families. With limited local control of the MTA’s budget and without any proposed projects for funding, New Yorkers should not be asked to foot yet another bill.”

And in April, a coalition of no less than 20 Queens pols, led by Borough President Melinda Katz, voiced their opposition to the MNY initiative.